Being on exchange at UTS in Sydney

As an exchange student in Downunder Georgia learned how you make the best of group work, how you celebrate Christmas in summer - and how you blend in: just never order a Fosters.

A semester abroad was one of the perks of studying an International Business course for my bachelors. At my German home university it wasn’t even optional: if you entered the IB program, you had to take a mandatory exchange semester. Since my minor was English studies it made sense to choose an English-speaking country and Australia was still a gaping black hole in my bucket list of travel destinations. Plus, I figured if I was to spend 22 hours in a plane with said narrow footwells to get anywhere, I’d better make it worth my while and stay in the country for a couple of months.

Finding a university that had an exchange agreement with my home university also meant I wouldn’t have to pay tuition fees - which to me was a big plus, as German universities usually do not charge their students for education.

Once I had settled on a destination, the University of Technology Sydney (UTS) was a recommendation from a counsellor at my university’s International Office who said that business students had been very satisfied with their experience there. He begrudgingly admitted this may have been due to the fact that most exchange students in Sydney eventually opted for studying the intricacies of surfing rather than accounting. But that was good enough for me.

Something I had slightly miscalculated was the timing of the semester start Downunder: I went on exchange during the fall semester in Europe, which made it the spring semester in Australia. Since that started in July, I had no buffer time between finishing one semester and beginning the new one: I took my last exam in Germany, went home to hand over the keys to my flatmate and was en route to Sydney the next day. There classes would start a couple of days later.

Like most universities that receive internationals, UTS organizes introduction days where you get shown around the university’s campus and meet your fellow students. UTS gets many exchange students as well as full-degree international students every year - and, foreseeably, many of them were German. Most of those I met while queuing in front of one the many grills that are set up around campus because there is no better way to start an Australian semester than having a BBQ (“Barbie”) .

Still, I wanted to make some friends outside the German bubble of exchange students. I found the Australian students to be a bunch of friendly and easy-going people who are very happy to have a leisurely drink after an evening class and to let you in on the intricacies of cricket rules. As Sydney is a quite expensive on a student budget (even if you don’t have to pay for tuition), the locals are a big help when it came to finding take-away places that offered student discounts and in picking out the cool but affordable bars.

UTS also has a lively scene of different student clubs that organize events and trips. I joined the international club and the journalism club. While the international club organized outings to the Blue Mountains or into the New South Wales wine region Hunter Valley, the journalism clubs brought in Australian journalists to talk about issues that concerned the nation. So I got the tourist experience in Sydney and the inside scoop on Australia at the same time.

Having been founded in the late 1980s, the UTS is a relatively new university. In the past years it’s always ranked among the top 30 of the youngest universities in the world and is doing especially well in terms of internationality and innovation. Despite the fact that its trademark tower building has been labelled by locals as “the ugliest tower in Sydney” (which also adds a wry double meaning to the abbreviation UTS), the university has actually many nice facilities - among them a food-court and some newer, less aesthetically challenging building. .

In terms of teaching, my classes were very different from the detached ivy-tower approach to education that I was used to from my home university as professors were very keen to incorporate real-life business cases and digital media into their lectures. Another big difference was that many tutorials were not held by students or faculty assistants, but by externals who actually worked in the field that the class was covering.

The final grade in each course was usually calculated by the results from a mid-term exam, a final exam as well as a couple of group assignments (and sometimes an essay). As said before, the group assignments were a good way to get to know the Australian classmates. I quickly discovered the Australians were a bit wary of having foreign exchange students in their groups because they feared those wouldn’t do their share of the work or that their English writing would turn out to be a problem.

In retrospect, it was worth convincing them of the opposite, even though it meant spending some more hours in a library where the air-conditioning was always set to a crisp 14 degrees celsius. The people in those study groups became a big part of my social network in Sydney. One of the friends I met while working on a marketing project even invited me to spend Christmas with her and her family.

Even though it has been a while since I did my exchange and I have travelled to other places since then, Sydney is still one of my favorite cities. What I loved most was that within a 30-minute bus ride you can be overlooking the coastline of the Pacific or the glittering Sydney bay area.

The best thing about living in the city for a longer period of time as a student is that it differs from the work ’n’ travel experiences you hear so often about Australia. Of course we did the touristy things as well - the Great Barrier Reef, the Great Ocean Road, the Uluru. But after these travels it was nice to come back to Sydney and find it had become less of strange place than it was before. I remember one moment at Sydney central station when someone saw me with my suitcase and asked whether I needed directions - and I could proudly say “No, thank you, I know where I have to go.”

The downside is that as a European with a Euro-denoted income it is not cheap to live in Sydney - or anywhere else in Australia for that matter. As an exchange student you almost naturally develop a knack for currency speculation. Every morning when I passed the bank displaying current exchange rates I would contemplate whether it made sense to pay my 400 AUS$ rent straight away or wait a couple of days in the hope to save a little money when the Euro would strengthen a bit.

Still, these excruciating calculations were worth it - if only to say you have experienced the Aussie culture once. Looking back at it now, my three biggest intercultural experiences were: 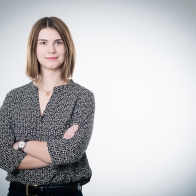