Working in the USA vs. Canada - What you need to know

In light of the US election results, here is a comparison of this dream working destination against its long-standing competitor for talent: Canada.

The United States have long been a dream working destination for university graduates from all over the world: international brands from Goldman to Google, elite universities from Harvard to Stanford, as well as exciting cities from New York to San Francisco pose a certain allure for young academics who are job hunting.

However, the gruesome election race that has resulted into Donald Trump being voted as President of the United States has left slight scratch marks in that image, shining a spotlight on its North American neighbour Canada. The Canadian Immigration website crashed after Donald Trump was annouced the winner, Google searches for “Moving to Canada” spiked.

Because of their vicinity to each other, both countries have a long-standing competition for international talent. A recent survey aiming to find "Best Countries to Start a Career" only confirms that they are both interesting locations on the map of employment possibilities, with the USA ranking in 3rd and Canada in 5th place. Figures from Graduateland Network corroborate that trend: roughly 86,000 students and graduates have the United States as preferred working location, about 50,000 prefer Canada - making the countries 2 of the most popular working locations outside of Europe among the network users.

With all of this in the background, here’s our overview for all those wanting to work either in the USA or in Canada:

What are the immigration policies for students and graduates?

There have been 531.000 legal immigrants accepted in 2015, which is but a fraction of the American population of 321 million people. The requirements to enter the US are quite demanding, considering the broad range of visas and the scrutiny with which each application is being processed. The administrative process is less cumbersome for highly qualified people: those with advanced degrees, ‘exceptional abilities’ or a certain number of years of professional experience.

Canada accepts around 300.000 immigrants each year which, with given Canada’s population of 35 million citizens, makes it a country with one of the highest per-capita immigration rates in the world. This trend is steadily growing and both public and political support for the open-door immigration policy is high. Canada is primarily interested in attracting skilled professionals: statistically, over half of the newcomers hold a higher academic degree.

What visas or work permits do I need?

Broadly speaking, visa types can be divided into two categories: immigrant (permanent resident) and non-immigrant (temporary resident). A type of visa, which enables you to travel to the United States for the purposes of living and working in the country, with the possibility of qualifying for US citizenship after five years’ residence, is called “immigrant visa”. Two visas popular among young people are F-1 (study visa) and J-1 (exchange visitor visa). Obtaining one might prove a bit challenging as you need to be sponsored by an employer or to apply independently for a working visa. An alternative would be to apply for a green card, provided that you meet the formal requirements.

Although there exist several exceptions (e.g. students, who need a study permit instead), as a rule, foreigners need a work permit to work in Canada. But if you consider working the first recommended step is to check your eligibility for obtaining a work permit, which can be done using a simple questionnaire available at Canada’s Government website. Though not the only and decisive criterion, a job offer from a Canadian employer prior to the visa application is usually an important requirement to obtain a permit. The detailed information on the rules and regulations within this area, the estimated application processing times as well as practical advice for those considering moving to Canada can be found on the websites of the Government of Canada.

What languages do I need to speak?

There is no official language in the United States, though, with 80%, English is the most commonly spoken one. Spanish, spoken by 12.4% of the American population, ranks in second place, and further on the list come Chinese, French and the language spoken in the Philippines, Tagalog. Luckily, as a foreigner entering the country for work, you will not necessary need the latter one: English skills will be sufficient for most jobs. Universities will often ask you take the Test of English as a Foreign Language (TOEFL) before you enroll.

Three in five Canadians declare English as their mother tongue, one in five, French. Both are the country’s official languages. But the list of languages spoken in Canada is way longer, including around 60 Aboriginal languages and number of European and Asian languages, spoken mainly by the numerous minorities living in Canada. This being said, English and/or French are spoken by about 98% of the population. It is not unusual to come across a bilingual person, especially in the francophone province of Quebec. This obviously puts bilingual candidates in a favourable position, though it is primarily in Quebec, where knowledge of French is a must since only half of the province’s population speaks English.

How much does a graduate job pay?

It may be interesting to know that the jobs granting the best salaries in America are engineering and computer science, paying almost twice as much as jobs in education, closing the list of the best-paid occupations for newly graduated students. Other well-paid educations are maths and sciences, business and agriculture. With the average first salary of 48.127 US$, America is still an attractive place to work for newly graduated (though the pressure to pay off student loan debt puts an increasing burden on local graduates).

In Canada, the average first salary earned by the university graduates is 36,895 US$, so significantly lower than American level. The best graduate employment rates in Canada are reserved for dentistry, forestry, optometry as well as therapy & rehab students, all of them scoring a perfect 100%. For students of domains such as agricultural and biological sciences, physical sciences, theology, arts and humanities the job market can be a little tougher, though their employment rates are still relatively high with around 90%. 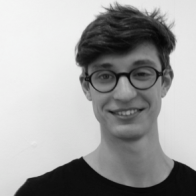