An exchange experience at Goldsmiths College in London

Wondering how it will be to move to the UK to study? We asked a Danish graduate about how he found studying in London. Read on for his tips for getting by - and finding rye bread - in the UK's capital.

In 2010 Christian moved from Ebeltoft in Jutland to London to study his three year bachelors in Media and Communications at Goldsmiths College. Goldsmiths is a part of the University of London and is renowned for its innovative approach and creative programs. We’ve interviewed Christian to find out a little bit about his experiences and how it is being a Dane in the “big smoke”.

So, what made a small-town guy from Jutland move to the biggest and busiest city in Europe?

One of my good friends went to study in London and I was working in an international environment, so I felt stimulated to continue this international path and broaden my scope. Going to UK was a way to break a linear path, where I would otherwise have studied in Aarhus and stayed in the same environment. I knew that going to London was bound to teach me so much and maybe minimise some of my “Dinglish” accent.

How did studying at a British university compare to your experiences as a student in Denmark?

I really enjoyed the emphasis on practice, in London it was possible to study theory and make creative projects as part of the course without privileging one over the other. In Danish universities I find that theory is heavily privileged over practice and when we have an option to produce creative content, then it’s rarely taken as seriously as the theory. Our creative products are treated as redundant pastime activities, although a lot us want to work in creative industries after studying.

What were your first impressions of the place?

I come from a small town, so the first (and very clichéd) experience was the hectic buzz and overwhelming traffic. Before living in London I used to run three times a week, but coming to London I felt it was both difficult and very unhealthy to run in the city, so I found other sports to do. Coming to London was so exciting though, there is such a diversity of people from all over the world.

Was it easy to make friends?

I lived in halls for first year. It was a good experience as I made some really close friends. I would definitely recommend it for someone coming from outside UK, because you get a lot of opportunities for meeting new people. I did initially find it hard to make good friends on my course, but I quickly got to know a lot of people, so I was generally very satisfied with the social side.

The UK has big traditions for going to the pub and the student union after class and at Goldsmiths there are a lot of societies that offer everything from ale tasting, Marxist theory, tai chi or cake baking. So there really was something for everyone and I can recommend signing up for a society as an excellent way to meet people.

What were your "takeaways" from the experience?

My positive experience was a vast expanse of my knowledge of the world. I met lots of people from South America and Asia, which taught me a lot more about the world. One negative takeaway was the extremely competitive culture in London, I wasn’t interested in the UK’s working culture, which seems to be all about working very long hours. I also found the housing quality to be generally low so it was always freezing cold! London is very much a place that requires a lot of money, groceries are cheaper, but you end up spending a lot on rent and transport, and if you plan to get a weekend job then you should expect at least half the wages you get in Denmark.

What advice would you give to someone moving from Denmark to study in the UK?

I think you should embrace the experience, sign up for societies, go to pubs and make sure to go out there and try the unique things London can offer, such as some of the best Indian restaurants in the UK, a friendly social atmosphere or the excellent music and art scene. Scandinavia is currently extremely trendy in the UK, so be prepared for lots of questions about Borgen, Forbrydelsen (The Killing), Broen (The Bridge) and Scandinavian cuisine. It is possible to find good rye bread at different food markets, so I would also recommend searching that out. At first I was worried I’d have to do without it for three whole years!

Planning on studying in London? Then check out our articles on job searching in the UK for hints and tips if you plan on looking for part time work. 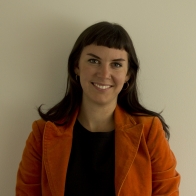 A native English speaker with outstanding written communication skills. I have developed my writing and research skills to a high standard through my achievements in my bachelors and masters degrees, internships as a copy editor and researcher, and paid employment in various administrative positions.