Getting a degree as an international at Lund University

For his master's degree, Kenechi chose a small Swedish university town over metropolitan London - and found the unique way of studying in Scandinavia.

When I told people I was going to study abroad in Sweden, they all asked me the same thing, “It’s the tall, beautiful blondes, isn’t it?”. It wasn’t the blondes - at least not the tall ones - no, if I’m honest, it wasn’t Sweden, or even Scandinavia. I made the decision that I wanted a master’s degree in economics and I wanted to get that degree outside of the UK, partly because of the excessive fees in the UK, but more importantly because I wanted new experiences.

I did my research and applied to study in all the countries with low tuition fees that had suitable programs; France, The Netherlands, Germany and Sweden. Of these, Sweden was the first country from which I got a response and that response was an acceptance from Lund University, no less; one of the best universities in not only Europe, but in the world. How could I say no? Twelve weeks later I was on a plane to Copenhagen, from which I caught a train across the Oresund bridge to Lund, a small idyllic town in the southern Sweden region known affectionately as Skåne.

The university is very well organised when it comes to welcoming international students and arranging activities for them. Granted, these arrangements are catered more towards exchange students but for international degree seeking students, they’re still every bit as valid.

From London to a Swedish university town

Every semester the university’s International Desk organises Arrival Day, which as the name suggests, is a day specially allocated for the arrival of all the international students for the semester. International mentors, who are student volunteers, meet students at various airports and train stations and give them a ride in a shuttle bus to the main student building, called AF Building. Arrival day kicks off the arrival weeks - two weeks of organised activities to help students meet other international students and acclimatise themselves to life in Sweden. It’s a good introduction and at the end of these two weeks most students are ready to fend for themselves. Some of the best friends I made in Sweden, I met on Arrival Day.

Thus I ended up making lots of friends in the international community and it’s something that I’m very grateful for, as now I have good friends from all over the world. In doing this, I’ve gained valuable people skills that I doubt I could’ve ever gained living in the UK, even in a city as cosmopolitan as London. It is a double edged sword however, as I probably would be a much better Swedish speaker if I had made more Swedish friends earlier. Lund is a small town and every semester there is a shortage of student accommodation, such that there are long queues to get housing, which can be stressful, but ultimately everyone finds something. I was actually homeless until I secured my apartment on arrival day. Another great thing about studying in Lund is its location and the numerous modes of transport available. Everywhere in Lund is accessible by bicycle, and at most it takes 20 minutes to cycle from one part of Lund to another. Malmö, the third biggest city in Sweden, and one of the most multicultural, is 15 minutes away on train, and Copenhagen is just over 30 minutes away. What that means is that by being in Lund, one can have the best of living in a small student town, whilst still being close to large metropolitan areas.

The student life in Lund is centred around the nations. The nations are student societies and they organise most of the activities that students are involved in, from the club nights to excursions to sports days. Nations also organise sittnings, which are typically Swedish. Sittnings are dinners but there is a big emphasis on entertainment and drinking. In addition to the food, there are drinking songs, and sometimes performances by the student theatre groups. The nations are mostly run by student volunteers and working in one is a good way to get to know people, especially Swedes, and depending on the nation you can make some very good friends as well as have some epic after parties.

Swedish people have a reputation for being cold and standoffish. This can seem true at first but I think this is more to do with cultural norms than individual people. In Sweden, people are polite and don’t want to intrude into others’ business. It’s especially hard sometimes if you’re the one foreigner amongst Swedes as you can feel left out, especially if they revert to speaking Swedish, which will often happen. Nonetheless, I’ve found that Swedes are just like people from any other country, and if you spend enough time with them and have enough in common then you will make very good friends. It’s easy for me to look back in hindsight, but there were times for me, especially during the winter that it was hard. In the winter it gets dark early, and all the buzz and good weather from the early weeks disappear. People don’t go out nearly as much; they go to class and they go home. It can get lonely, especially if you’re living by yourself, as I was, and inevitably you will get homesick. As far as I know there are only two cures for homesickness; firstly, immerse yourself in your new home by becoming closer to your new friends and trying out more new experiences. Secondly; to go home, which is more of a cop out than a cure. I did the former and by the end of my first year I had gained friends and experiences that I’m sure will stay with me for the rest of my life. Comparing the academic level to that of the UK, I think it’s easier to get a pass mark in Sweden, but to get a really high grade, the difficulty is the same. I was shocked to find out in Sweden about re-exams. In the UK, if you fail an exam, you can take it again once, but your grade is capped at the pass mark, usually 40%. In Sweden however, you can take an exam as many times as possible within the academic year, until you pass, and the grade is never capped. The majority of coursework is done in groups and again this helps with building people and team working skills. It can be frustrating if you end up with people that don’t work hard, but it emulates the world of work, and the sooner one learns how to deal with such situations, the better.

The one major difficulty that I’ve had with studying in Sweden is finding work. As a foreigner it’s hard to find a part time job while studying or a full time job once you have graduated, because Swedes are so good at English that most casual jobs still require that one speaks both Swedish and English. I think if I could start again, I would really make the effort to learn as much Swedish as possible because it really does help when it comes to later employment, not only in Sweden and Scandinavia but generally. Pretty much the only people from my course that found work in Sweden, were Swedish. The international students mostly end up going back to their home countries.

All in all, I had a great time studying in Sweden, and in Lund in particular. I don’t think I would’ve had the same experience had I gone to a big city like Stockholm – in that sense, Lund is really a unique place. Nonetheless, I would recommend that anyone studies abroad if they have the opportunity as it’s an experience that can only make you a better person.

Kenechi moved from the UK to Sweden for his master's degree in economics. 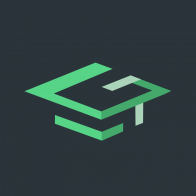 Fuelled by inspiration, creative ambition, and the occasional piece of Rittersport, the GL editorial team writes about the world of job hunting and recruitment. We appreciate your thoughts and feedback on our topics almost as much as we appreciate chocolate, so please feel free to contact us through info@graduateland.com