Doing an exchange semester at UNC at Greensboro

Mark spent one semester as an exchange student at University of Northern Carolina at Greensboro. Read all about what it's like to live on campus, to travel in The States - and to follow some unusual sports.

How I ended up in Greensboro

Pursuing an exchange semester at UNCG was not so much an active selection towards the rather obscure city of Greensboro, repeatedly named the “least sexy city in America”. To a greater extent it was due to my sights being set on an exchange experience in the U.S. At the time, I was doing my BA in International Business Communications at University of Southern Denmark. Looking through their fairly brief outline of partner institutions in the U.S., UNCG was placed in my top 3 – primarily due to North Carolina’s location on the east coast and the potential travel opportunities to be had in this region. Naturally, I was overjoyed when I received confirmation that I had been awarded one of the spots. I was also happy to avoid the financial difficulties associated with applying directly to a university instead of through a partnership program (where tuition fees are already covered by the program).

Heading to Greensboro, all I knew about the city was that population-wise it was about the size of Denmark’s second biggest city, Aarhus. Yet, on my first visit to downtown Greensboro, a planned outing for all exchange students during the intro-week, I was surprised to find that it lacked the feel of a classic “European-style” city centre, but was simply just built up of large office buildings – I later found out that the shopping and restaurant facilities were primarily to be found at malls outside of the city centre. On the other hand, I was delighted to find that the UNCG campus lived up to my expectations of an American campus, being a city-in-a-city with distinctive red-brick buildings and lush green areas. Moreover, on the outskirts of the campus area, one could always expect that an assembly of fraternity houses were willing to host large parties during the weekend. In Denmark, I was used to the universities and dormitories/apartments being scattered around the city; therefore, this was well and truly a completely new experience! I lived at the Campus International House, commonly called I-House, where the vast majority of inhabitants are exchange students, although there are also quite a few Americans residents. Travelling unaccompanied to Greensboro, this was an excellent way of meeting people from all over the world – where students from different continents mingled over the ping-pong and pool tables in the common room. Moreover, every Thursday evening practically the whole I-House collectively partied at Greensboro’s largest nightclub Syn & Sky. During my four months here, I particularly connected with a close-knit group, who remain some of my closest friends today.

Contrary to their Scandinavian counterparts, it is my perception that American education institutions generally assign higher priority to shaping the students’ lives outside the classroom. This could be due to Americans commonly beginning their university degrees at an earlier age. A prominent example of such is the fact that students are required to sign up for a meal plan. I went for the “Spartan Unlimited” meal plan, the name originating from the Spartans being the school mascot, which provided me with limitless access to an all-you-can-eat dining hall. In retrospect, I would most probably, for the sake of diversifying my dietary habits, have gone with a block plan that comes with more flexible options, allowing you to eat at the restaurants and cafés around campus, and a set number of meal swipes at the dining hall per semester.

The large quantities of fast food consumed at the dining hall, were to a large degree compensated for at the campus recreation facilities, where amongst other things fitness studios, tennis courts, lap lane pools and a climbing wall provided students with a large range of opportunities to exercise and enjoy their free time. At UNCG, one should not expect to follow the American College football team at a packed NFL stadium, rather this university specialises in more low-key sports, in American eyes, such as soccer and quidditch, inspired from the Harry Potter series, as well as America’s favourite pastime, baseball. Students of the university gathered together to follow the “Blue and Gold”, as the sports teams were dubbed due to the colouring of their team jerseys.

UNCG offers more than 100 academic programs to its 18,400 enrolled undergraduate and graduate students. The schools and programs include the College of Arts & Sciences, the School of Education, and the Joseph M. Bryan School of Business and Economics, where I predominantly had classes at the latter establishment. The Bryan School has been credited in the top 3% of business schools worldwide by the AACSB International, while it’s MBA program has been ranked as no.13 in the nation by the Bloomberg BusinessWeek.

There are a number of things that distinguish studying at UNCG from studying at a university in Denmark. Primarily, the form of examination is not solely based on a single exam but rather a multitude of parameters such as attendance, active participation in class, as well as a large range of quizzes, presentations and papers. Having one semester that differentiated itself so tremendously from the rest of my undergraduate studies was a beneficial way of stepping off the hamster wheel of a typical Danish education course. The International Office at UNCG arranges four trips per semester, where you have the possibility, upon payment of a set fee, to attend. I chose to travel along on two of these trips, to Myrtle Beach and New York – this was a great way of travelling as you get to experience these places with a large group of likeminded people. I also took some holidays in locations such as Washington DC, Charleston, Atlanta and the Outer Banks. Being situated in North Carolina and having the possibility to travel North, South and West was a great way of experiencing the truly diversified scenery U.S. has to offer.

Being a Spartan for four months was an experience I look back at with great fondness. It was a splendid academic experience, but even more importantly a great social experience and an ideal opportunity to come across a wide range of interesting people from all over the world, as well as travelling and discovering a grand country. 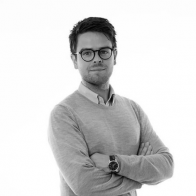 I have capabilities and experiences in translating client business requirements and needs into solutions. I don't have a crystal ball; yet, I have a solid acumen of how companies should approach the future, considering the fact that I've spent the better part of two years analysing how firms should manage their innovation practices. I have made use of customer-centric tools to delve into business development initiatives of incremental and radical nature.