Thea Traun studied in Seoul, South Korea during the fifth semester of her bachelor. Read more about her local experience and how it felt to be the only Danish exchange student on campus - somewhere between old Korean tradition and living life Gangnam-style.

How I got there

During my bachelor, I studied Sociology and Cultural Analysis and when I chose my degree, the opportunity to study a full semester abroad was one of the most important things regarding the structure of the program. As I had already spent one year living, working, breathing and loving the contradicting life of being an expat in the huge green technological hub of a former dictatorship country it was no coincidence that my fifth semester was going to be in Seoul, South Korea. I was sure that I was no way near finished learning everything I could from this land of tragic history with the most open-minded people I have met in all my travels.

So I was set for South Korea in the late summer of 2013, almost three years since I left last time. When my friends asked where I was going, I would laugh and tell them that I was going to live Gangnam style as Psy was singing about. It was not quite correct, but from Denmark to Korea the distance is so great that nobody will care that Gangnam city was less than an hour distance with the subway.

A friend of mine, I will forever be grateful, invited me to stay with her and her parents for 2 weeks before university started. It gave me time to get back into the cultural atmosphere, taste my favorite foods, travel to the oh-so-much-missed familiar places, but most of all visit old friends. This initial period gave me some comfort and peace of mind so when the university started I had the urge and enthusiasm to get to know new people and explore the part of the capital where my university was located.

Living on the top of the world

My Danish university has five partnerships in Korea and I googled and asked my old Korean friends about the pros and cons of all of them. I ended up choosing Chung-Ang University which is located on the top of a mountain on the south bank of the river Han which flows through the city. It was a scenic place for a university because you could feel both the hectic vibe of the metropolitan area - Seoul is one of the biggest cities in the world - and the calmness of a cozy neighborhood surrounding you.

From the first building on campus to the top where my dorm room was located it took about 30 minutes to walk, and on the first week of the semester there were three topics that exchange students were talking about: 1) food, 2) how to find a shortcut to the dormitory/cafeteria as most of us had all our classes located in the valley and 3) the heat. Slowly, we got used to “hiking” between the university and dorm rooms, but the food was always a topic for conversation among exchange students, especially on what and where to go for dinner, as we ate at restaurants most days. Now, that I “talk” about it, I must say I really miss the rice and kimchi soup in the morning.

Blending in with the locals

I was the only Danish exchange student on campus among, I guess, 400 exchange (mostly Chinese) students and 30.000 Korean students. I soon found friends from Switzerland, Netherlands, France, America, Finland, Spain, Indonesia, Japan, Lithuania and many more. As much as I value all the people I met from these countries and as much as I enjoyed learning about their culture, interests, partying and traveling, I did choose Korea for the sake of Korean culture and a great love for the Korean people. So I have to admit that I focused “my attention” on spending most of the time with the locals and I was lucky in many ways. One of them, an alumni from Chung-Ang University, happened to come to my dormitory seeking for someone helping out a group of young Koreans in learning them how to conduct a job interview in English. I promised her and her friend that I would come to one of their meetings and that became something I did almost every Tuesday evening. For most of these meetings, I would be the only non-Korean. We did role plays by making up job interviews where I played the employer; in return they would take me out for dinner and invite me to parties where I learned how it is to be a young and fresh student in Korea.

Another way of spending my time around locals was signing up for a class where, again, I happened to be the only foreigner. At first, I must say, my classmates were a bit disappointed that the class had to be taught in English, but we were only seven students and most of the times we went on field trips so we became good friends. On more than one occasion, we would have lunch or dinner together and several times our professor joined us. Overall, the whole experience was amazing and I am sure it was not my last time there. I would also advise everybody to try this once in a lifetime if the opportunity exists. Korean culture is truly inspiring and exchanging experiences with local people is for sure unforgettable. You will also have the possibility to meet a lot of other internationals with whom you can start an adventure in a totally unique place for each one of you. They will be the ones that will join you for the trip to the coast, temple or another city and understand when you are going crazy because the waiter wants to touch your hair. Go! But be aware that traveling like this might get you addicted to getting to know new cultures. 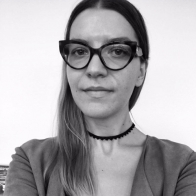