To hug or not to hug? It’s a modern-day mystery and the cause of so much awkwardness. In this guide, we give you some of the history behind the hug and the handshake and we set up much-needed guidelines on how to greet your peers in a professional setting.

Whether you prefer to hug or to shake, you’ve probably experienced that palpable, awkward tension of a greeting gone wrong.

Workplaces are becoming increasingly informal, which is not a bad thing in and of itself, but this also means that hugging has become increasingly common, making it harder to avoid those awkward moments – especially for those of us who aren’t entirely comfortable with hugging clients and co-workers.

Although the handshake is still very much standard procedure (at least for introductions), it always depends on the situation – and the person – and this is our problem in a nutshell: some people like to hug, some people don’t.

Below, we outline the history behind the handshake and the hug with a few revealing examples, and we provide much-needed advice that will help you avoid those awkward hellos and goodbyes.

The history behind the shake and the hug

Greeting customs around the world are surprisingly diverse.

The Maori of New Zealand greet each other by touching noses, while in Tibet it’s common to stick out your tongue in order to demonstrate that you’re not the reincarnation of a certain evil, black-tongued king. While Ethiopian men may touch shoulders, in the Democratic Republic of Congo they may touch foreheads, and in many Asian countries bowing is the most common form of greeting.

Hugs and kisses were always more typical in European and Arab countries, at least between friends, but these days the handshake has triumphed as the most prevalent way of greeting around the world – perhaps due to increasing globalization and international trade.

Certainly, the handshake is the most common greeting in a business context, regardless of location.

The history of the handshake actually dates back to ancient Greece. It was a way of showing that neither person was carrying a weapon, as the shake made this impossible, and it was a symbol of peace.

The Roman version, which is more of an arm grab, even lets participants check for hidden knives up their sleeves.

Still, not too long ago, when cultural norms were more on the conservative side, shaking hands wasn’t something you did with just anybody. It rarely occurred between men and women outside the comfort of home, and it symbolized a particularly personal and intimate relationship between people.

The formalities of the past reveal how things have changed. Cultural norms, not to mention language, are becoming increasingly informal – in our personal as well as our professional lives.

Thus, the hug is gaining traction as the more intimate way of greeting someone – as it probably was from the start. Physically, we are moving closer to each other.

A bull in a china shop

In the end, it’s very hard to generalize on the subject – people are different and have different preferences.

One easily feels like a bull in a china shop when trying to avoid stepping on people’s toes (or feelings).

You may have experienced joining a team at work or during your studies where team members have already established hugging as the standard. Although you aren’t yet comfortable with an exposing embrace, it might feel impolite to stick out your hand when everybody else is hugging it out.

But maybe it doesn't have to. To a lot of people, a hug can feel like a transgression. It makes them feel uncomfortable because they aren’t yet ready to let you into their personal space, i.e. those softer areas where the aforementioned knives might go. This discomfort is basically a primal reaction that occurs from feeling too exposed.

Some people simply prefer to reserve their hugs and kisses for close friends and family – hugging outside this inner circle may be unpleasant because it feels forced and insincere.

But just because you don’t like to hug in a professional setting, it doesn’t mean you can’t greet someone with warmth and respect.

You will do well to remember that a handshake, in combination with smiling eyes and hearty hellos, can also be tender and may be just as good as a hug – perhaps even better, since you avoid stepping on anybody’s toes.

To be fair, there are countless ways to hug someone and people will usually express a unique hugging style based on their personality and their relationship with the other person.

However, for the sake of clarity we’ve narrowed it down to three basic kinds of hugs.

This kind of hug is something you see quite often in professional settings where neither party is truly comfortable with the situation. A distance is formed, the body is held back, arms are stiff, and tails are sticking out.

Here, our body language is determined by our mammalian brains as we attempt to protect our exposed jelly-bellies – we mind the gap and keep our distance.

It’s not something we do on purpose, but it betrays how we really feel about this particular hug. It’s a bit of a show hug, one for the cameras, and you’ve probably noticed this kind of hug at award shows or political campaigns on TV – or perhaps at work or at networking events.

It’s just an awkward hug, and both parties probably wish they’d gone for a nice, firm handshake with respect, dignity, and eye contact.

The man hug is the macho edition of the hug. It’s something you typically see between men and boys – and “strong” world leaders, such as Donald Trump.

It usually starts with a handshake that is quickly pulled into a hug by one or both parties – it may be uncomfortable if you’re not on the same page.

More often than not, the man hug is accompanied by a firm pounding on the back, as if to compensate for the emotional act of hugging.

The heartfelt hug is a soft, comfortable, and comforting hug that lasts long enough for the brain to release endorphins which reduce stress and anxiety.

There are many variations of this hug, but generally speaking, it’s only something you engage in with close relations and people you trust.

How to greet your professional peers

The best way to greet your peers in a professional setting is always the one where both parties feel comfortable. This requires you to listen to your gut feelings and to successfully interpret both your counterpart and the specific situation.

Here are 4 pieces of advice that will help you successfully choose the appropriate style of greeting:

The most professional way of greeting someone will usually always be the handshake, but things just aren’t that simple – it’s all about deciphering the situation and the context.

Notably, while it’s very possible to express tenderness, respect and warmth with a firm handshake, it’s also very possible for a hug to feel cold, forced and insincere.

After all, perhaps the greatest way to show respect and build trusting relationships is through calm, sincere smiles and eye contact.

When in doubt, the best approach is always to smile, take the lead, and shake it. 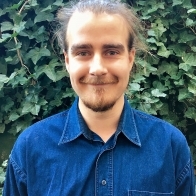 Freelance writer, journalist and communication specialist with an MA in English

Swedish and Norwegian speaking SoMe... Neu